With passenger numbers dramatically falling over the last year due to the Covid-19 pandemic, Rail Enforcement Officers and colleagues at rail operator Govia Thameslink Railway (GTR) have stepped up to support vulnerable people using their network, helping more people than ever before.

The rail firm, which runs Southern, Thameslink, Great Northern and Gatwick Express services, has recorded its highest-ever figures for safe-guarding vulnerable people during a year of lockdown and restrictions, with the pandemic leading to an increase in mental health challenges for people across the country.

During 2020, there were 855 vulnerable people identified across the whole of GTR, the largest rail network in the UK.

“We’ve been out at stations and on trains with our colleagues and we’ve been busy. Our work hasn’t stopped, and rightly so because we are there to protect our customers and fellow staff on our rail network.”

As Covid-19 restrictions continued during the first two months of 2021, the rate of assistance provided was even higher, with 268 vulnerable people helped.

Adam Dear, GTR Rail Enforcement Manager North, who is responsible for the Rail Enforcement Officers (REOs) on Thameslink and Great Northern, said: “Our figures since March 2020 sadly show a noticeable increase in cases of vulnerable people due to the pandemic – people losing jobs, or at risk of losing their jobs, and this has increased those facing mental health issues.”

The team and other frontline members of staff receive specialist training by the Samaritans to identify vulnerable people, listen to what they are saying and to understand their needs, so they can help arrange necessary care and support to keep them safe.

Because of their close relationship with BTP’s front-line officers they are often deployed to cover specific locations to deter more serious issues when required, such as aggressive loitering or begging, theft, burglary, knife crime, assaults and county-lines drug activities.

By providing a uniformed presence during day-to-day duties, the team is well-placed to be a beacon of assistance to people in need of help, such as the homeless or those struggling with mental health issues.

The number of passengers using the rail network fell to as low as four percent during April and May 2020, according to Government transport figures for rail travel in Great Britain compared to the previous year.

Based on the first Monday of each month from April 2020, rail passenger numbers fell to five percent in April and May, eight per cent in June and 19% in July compared to 2019. For the period August to December the percentage falls fluctuated between 32-43% – a clear indication of commuters returning to their place of work. However, during two periods between 10 – 16 April, and 24 April – 3 May, rail passenger volumes fell to as low as four percent.

Due to Covid-19, GTR’s REOs had to suspend its outreach programme of education and community activities with schools and youth groups, a scheme designed to raise awareness of the dangers presented by the railway, such as playing near level crossings and on the tracks.

Of the 28 train operating companies across Great Britain, GTR is only one of three companies who have employees accredited with specific but limited police powers by the Chief Constable of BTP under the Railway Safety Accreditation Scheme (RSAS), a voluntary scheme, contained in Section 43 of the Police Reform Act 2002.

The role of assessing companies seeking approval to run a RSAS scheme is carried out by Police Crime Prevention Initiatives (Police CPI), a police-owned organisation that works on behalf of the Police Service throughout the UK to deliver a wide range of crime prevention initiatives.

Police CPI carries out checks to establish whether companies are ‘fit and proper’ in their standards of management, supervision and accountability to exercise RSAS powers before submitting a report with recommendations to BTP’s Chief Constable, who decides whether to accredit employed people already working in roles that contribute to maintaining and improving community safety with powers under the scheme. All 50 GTR REOs have been accredited with police powers under RSAS. 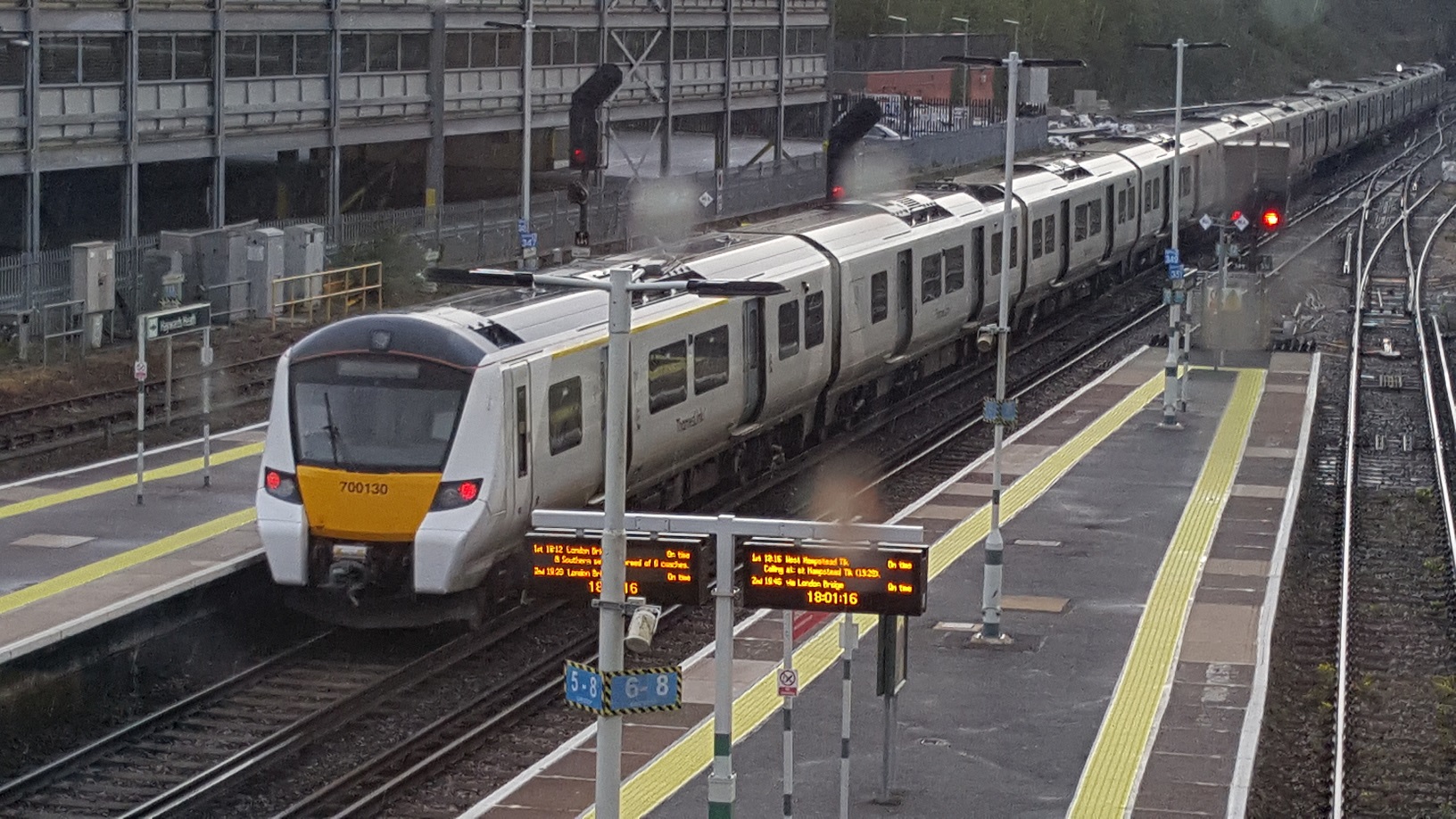 "I am worried about people’s mental health following the pandemic, which is why I feel it is so important to train all GTR staff to be able to make a safe intervention and to recognise vulnerable people on our stations or in fact at any point during the working day or on our journeys home."

Laura continued; “We are very lucky to have the support of the REO’s, British Transport police and the Samaritans but it is up to each and every one of us to look out for each other. Something as simple as saying ‘hello’ could distract a vulnerable person’s train of thought and allow you to get them to a place of safety. If you feel something isn’t right trust your gut instinct and tell a member of staff or dial 999.”

Guy Ferguson, Chief Executive Officer, Police CPI, said: “At Police CPI we are delighted to support the extremely useful RSAS scheme. It is very gratifying to hear how effective it is proving in helping vulnerable people in these challenging times.”

Police CPI Compliance Manager, Ken Meanwell, who leads on RSAS, said: “Accreditation has had a positive impact on the way REOs conduct their day-to-day business, working with local communities and train passengers to reduce crime.”

Other GTR figures for 2020 include:

(NB: Due to a change from manual sheet reporting to an App-based system on a new Windows operating platform during 2020, results from January-July are based on conservative estimates based on previous years and from August-December on actual outcomes on the new system).