With York bustling again with tourists, private security company employees accredited with certain police powers are joining police officers to take action against cyclists who ride on pavements and in ‘footstreets’ in the city centre putting pedestrians at risk of harm.

There had been many reports of ‘near misses’ and cyclists ‘racing’ in pedestrian-only designated areas as local shoppers and visitors returned after non-essential retail outlets reopened on 15 June following the easing of restrictions following the COVID-19 lockdown. 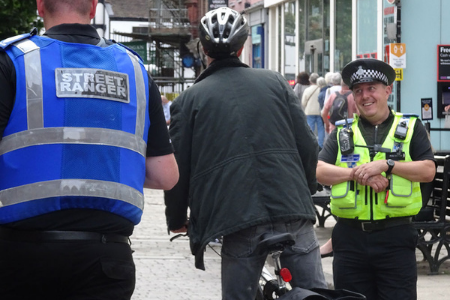 At the height of the lockdown the rules that prohibited cycling through York’s footstreets were not enforced to encourage people to exercise and to help with food deliveries. With the lockdown easing and visitors returning, those rules are being enforced and will cover newly extended footstreets.

A team led by the York Business Improvement District (BID) was set up to tackle the problem. Part of this team included a York-based security company, Eboracum, whose employees work as Street Rangers on behalf of the BID. The Street Rangers were joined by regular police officers, police community support officers and council enforcement officers.

The first phase of operation involved cyclists being stopped to enable the rules to be explained. Now follow-up operations are being held at different times throughout the day without notice to ensure cyclists ride within the rules or face a penalty notice and fine.

Carl Alsop, BID operations manager, said that the BID took action after a series of complaints from businesses, members of the public and city centre hosts, about cycling in pedestrian areas. “Now those streets are busy again with residents, visitors and families, the problem has become more urgent.”

Carl explained that the BID is a big supporter of cyclists – having increased the available city centre bike storage by about ten per cent.

“However, for the good of all those who work, shop and socialise in York city centre, we need to make it clear to the small minority of riders who ignore the rules that their anti-social behaviour isn’t acceptable,” added Carl.

As part of other BID initiatives during lockdown, Street Rangers were involved in joint operations with police to carry out daily patrols to protect around 200 businesses that wanted to ensure their premises were protected whilst they remained empty. This service was extended with the Street Rangers adapting their long-established night-time bicycle patrols with police to deter burglars from targeting empty premises.

In addition, the Street Rangers locked and unlocked gates and carried out patrols at the Museum Gardens, Yorkshire Museum and York Observatory at the request of the York Museums Trust.

Since the Street Rangers were launched in 2016, they have helped to detect and deter thousands of crimes as well as support city businesses, provided support and reassurance to local residents and acted as city ambassadors to tourists every year.

Eboracum’s employees have been accredited with certain police powers by the Chief Constable of North Yorkshire under the Community Safety Accreditation Scheme (CSAS), a voluntary scheme, contained in Section 40 of the Police Reform Act 2002.

The role of assessing private sector companies seeking approval to run a CSAS scheme is carried out on behalf of the National Police Chiefs’ Council by Police Crime Prevention Initiatives (PCPI), a police-owned organisation that works on behalf of the Police Service throughout the UK to deliver a wide range of crime prevention initiatives. 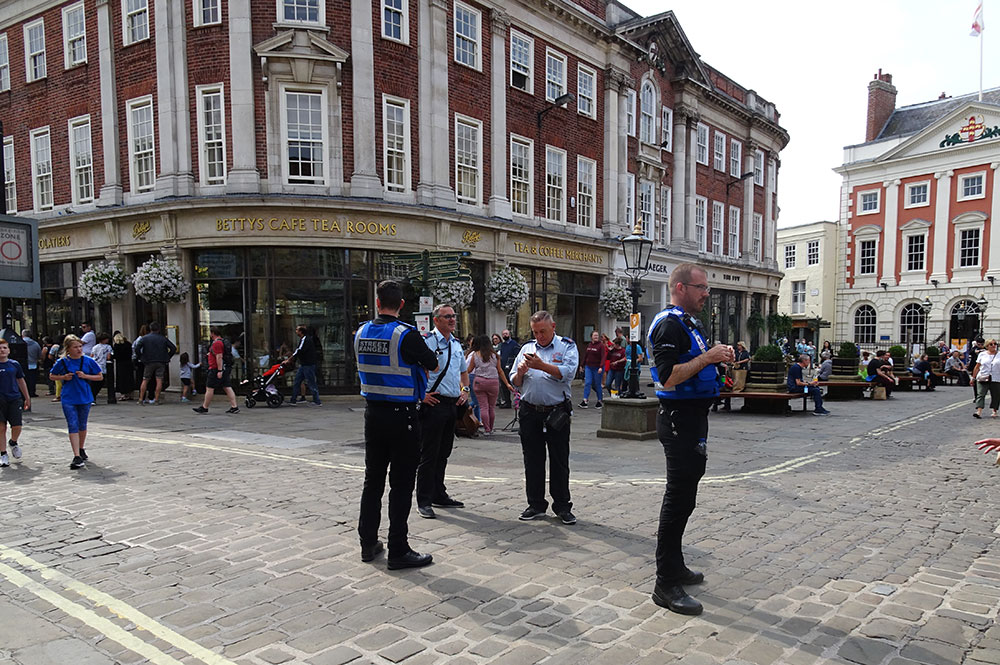 “Our Street Rangers are working closely with our partner organisations to help make York City Centre a safe place for residents, tourists and local businesses.”