Because of their close relationship with BTP’s front-line officers they are often deployed to cover specific train stations or routes to deter more serious issues that emerge from time to time, such as aggressive loitering or begging, theft, burglary, knife crime, assaults and county-lines drug activities.

By providing a uniformed presence during their day-to-day duties, they are also well-placed to be a beacon of assistance to passengers who are in need of help, such as the homeless or those struggling with mental health issues and those who choose to use the railway as a means to take their own lives. 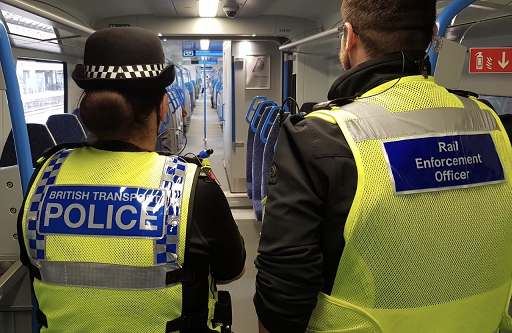 Of the 28 train operating companies across Great Britain, GTR is only one of three companies who have employees accredited with specific but limited police powers by the Chief Constable of British Transport Police under the Railway Safety Accreditation Scheme (RSAS), a voluntary scheme, contained in Section 43 of the Police Reform Act 2002.

The GTR team of REOs, who are based at Brighton, Purley, Hitchen and London Blackfriars, are all accredited under RSAS by the BTP Chief Constable.
In GTR’s 12-month summary submitted for the National Rail Awards 2019, its REO team was highlighted as having carried out:

Over the same period, the REOs joined forces with BTP, and independently, to run specific operations to combat vagrancy, cycle theft and drugs at targeted railway stations and have assisted BTP at regional events. These have included football matches at Brighton and Luton, bonfire celebrations at Lewes, East Sussex, and Alexandra Palace, North London, and the Farr Festival of electronic music, Hertfordshire. Specific achievements have included:

Adam Dear, GTR Rail Enforcement Manager North, explained that having gone through lengthy recruitment and training processes, the REOs spend most of their time in the front-line assisting BTP. “By providing a high visibility, uniformed presence REOs can address certain issues immediately to free-up BTP officers for other priorities whilst increase public reassurance and confidence." 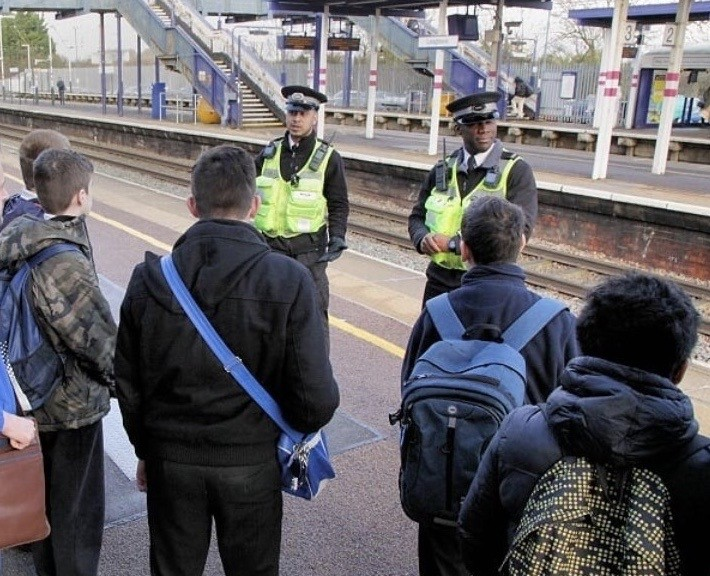 “The team receives specialist training to identify vulnerable persons and by listening to them and understanding their needs, they can help arrange the necessary care and support to keep them safe. Seeing someone on a platform who is clearly vulnerable, or pulling someone back from the edge of the platform who is preparing to jump onto the tracks or in front of a train, is never easy but the work they do to save lives is exceptional.”